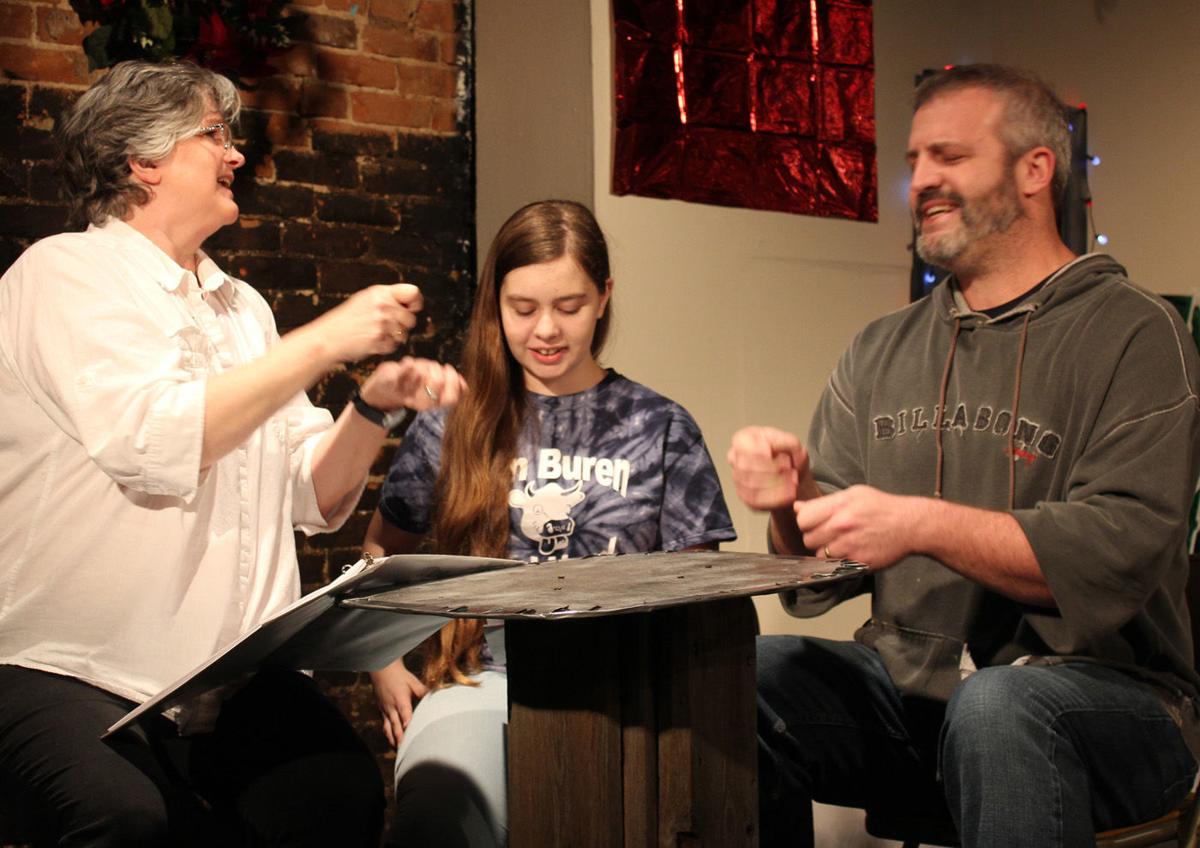 Two French hens (Kelly Shields and Mallory Troutman) play cards with Henri (Chris Greenhalge) as he tries to convince them that he is a French rooster and therefore can’t participate in “The 12 Days of Christmas” song in Old Fort Players’ Christmas comedy by the same name that opens tomorrow night. 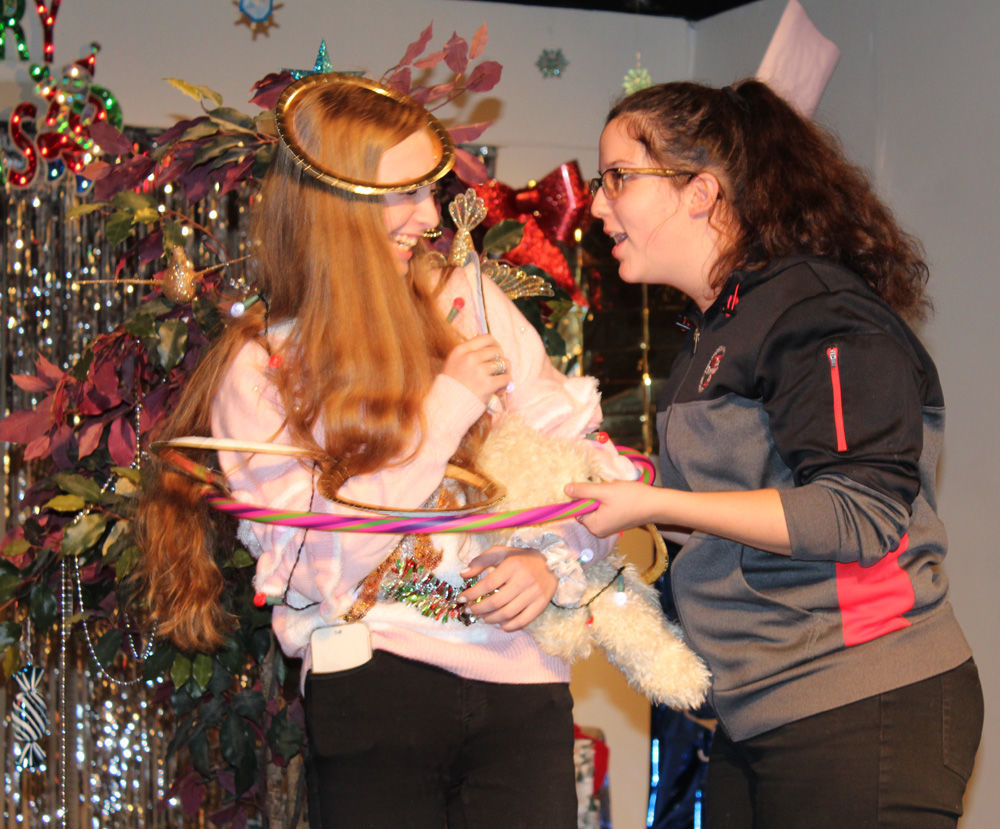 Two French hens (Kelly Shields and Mallory Troutman) play cards with Henri (Chris Greenhalge) as he tries to convince them that he is a French rooster and therefore can’t participate in “The 12 Days of Christmas” song in Old Fort Players’ Christmas comedy by the same name that opens tomorrow night.

“The 12 Days off Christmas.“ It’s a simple song – one usually learned in elementary school.

But, it’s not so simple if you’re the Christmas Partridge charged with reenacting that song to kick off the holiday season. That means getting French hens, calling birds, lords-a-leaping and so forth all in one place and cooperating.

But of course, if things ran smoothly there wouldn’t be much of a plot for Old Fort Players’ production of “The 12 Days of Christmas,” which opens Friday night, and continues Saturday, Sunday and Dec. 13-15 at the OFP Theater, 725 Ave. G, Fort Madison. The curtain goes up at 7:30 p.m., with the Sunday matinees starting at 2 p.m.

It is the first time Shirley, the Christmas Partridge (played enthusiastically by Olivia Shields), has been assigned the task of organizing the season’s first production of the song,

“Keep the turtledoves from fighting,” she is told, while Mom Partridge Frances (played by Rosie Strickland), Grammy Partridge (Mallory Troutman), and Great Grammy Partridge (Jadi Zioui, but was played by Kelly Shields, which is also directing the play).

“And protect the 5 golden ring!” Shirley is told.

But that’s easier said than done – especially with Christmas Hoarder (aka The Evil One, played by Sandra Abel) running around trying to add the her collection.

And then, the turtledoves (played by Caris Greenhalge and, Alex Desotel) do start fighting, injuring one.

“Don’t worry, I’ll be fine by Valentine’s Day,” Shirley is told by one the little darlings.

Shirley is beside herself after she learns that the Calling Birds (played by Jim French, Tate Kafar, Sunshine Zioui and Caris Greenhalge) have a scheduling conflict – like they forgot about the holiday.

A particularly humous scene involves the French hens – two of them (Juniper Strickland and Jadi Zioui – however, Kelly Shields took over the role at the dress rehearsal) are playing a game with Henri (played by Chris Greenhalge) who is a rooster, but can’t seem to convince them that there is no way he can be sing the song as French hen – or a lay an off to win the game.

In the end, Shirley is forced to do things her way – and it will appeal most to day’s kids in the audience.

Rounding out the cast of this Christmas comedy are dancing Christmas mice (Elise Greenhalge, Allen Kellum, Jaxson Kellum, Lainey Schuelka and Iley Troutman), a french Hen and Swan0A-Swimming (Juniper Strickland) and the Lords of Leaping (Aaron Greenhalge playing all 10 and the drummer).

Coordinating this cast, which ranges in age from 4 (Jaxyn Kellum who plays the Black Dancing Christmas Mouse) to adulthood, are Kelly Shields and Richar Abel.

Ironically, like the various ages of cast members, this Christmas comedy is perfect for audience members of all ages.

The executive director of the production is Connection Bank & Insurance.

Alexis Stalcup is the stage manager, and the very festive set was constructed by Robbie Phillips, Jan Jud, Devin Shield and Chris Greenhalge.

Clay Steele will be handling the sound and lights, and Richar Abel is in charge hair and makeup.

Jan Garza and OFP volunteers are handling concessions, and OFP is especially grateful to Garza for the new popcorn machine.

Publicity and tickets are being handled by Angela Sanford and Dorothy Schulte.